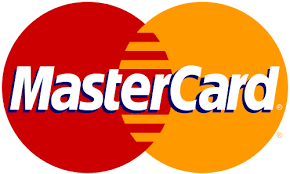 We take an insight into why our microphone preamplifier design has become so popular amongst so many professionals and hobbyists alike.

What Does The Audient Mic Pre Provide?

Over 20 years of design heritage at your fingertips

We are the only company that use the same Class-A mic pre design throughout our entire product range, whether you’re in the studio with an Audient console or on the road with iD4, you’re always guaranteed the same renowned Audient sound.

How Does It Sound?

Not only is the Audient mic pre renowned for being clean, punchy and musical, it is often regarded as one of the most versatile mic pres available. Its impressive dynamic range will meet your needs whether you’re recording a rock band, rapper or a classical orchestra which has made our design become the go to mic pre for thousands of professionals and home recordists alike. Hear it for yourself.

Evolution of the Audient Mic Pre

Quality begins with the first steps of design

Designed by David Dearden (of DDA & Advision Studios) back in 1997 the Audient mic pre is an all discrete high grade op amp design that delivers low noise, low distortion, and high common mode rejection at all gain levels… offering a faithful reproduction of the source with just enough colour to give the signal some character.

The quest for musical transparency

The microphone preamplifier has historically been the most difficult circuit block to design and also the block where designers have striven to express their individuality. David Dearden has always been on a quest for musical transparency and below he outlines his design.

“A successful mic pre doesn’t just have to amplify a low level signal up to something which is more useable. It must also be protected against external attack such as static, phantom power and Radio Frequency Interference (RFI).

This is where component choice is vital, especially the low noise transistors and even passive elements such as resistors and RFI filters. Finding input transistors suitable for low impedance sources has always been a problem and after extensive evaluation we selected a unique transistor originally designed for Vinyl player preamps, which was perfect for the job!

Since then we have continued to innovate this key part of the Audient ‘sound’ and after much sonic evaluation, implemented a new transistor with similar characteristics in a surface mount (SMT) transistor package.”

“Although, surface mount components are not always the same as their traditional equivalents. Sometimes they are even better! We use a mixture of SMT & traditional parts based upon one critieria – which one offers the best performance for a given role.

However, resistors are not in some areas, especially when it comes to mic amp electronics which require low resistances and high currents to minimize noise. In certain critical areas of a high gain circuit, standard SMT parts were noticeably inferior, exhibiting more noise. In these cases there was little option but to remain with what was known to be good old fashioned metal film resistors with larger bodies."

“The best choice of components and the most elegant of designs are easily ruined by careless PCB (printed circuit board) layouts. Neat doesn’t necessarily mean optimum.”

An understanding of the circuit operation and current paths is required for best results and I’ve spent over 20 years striving for continuous improvement in our circuit design and how our products sound. To this day my mic pre design is still being used all over the world - I must’ve done something right! Think like an electron!